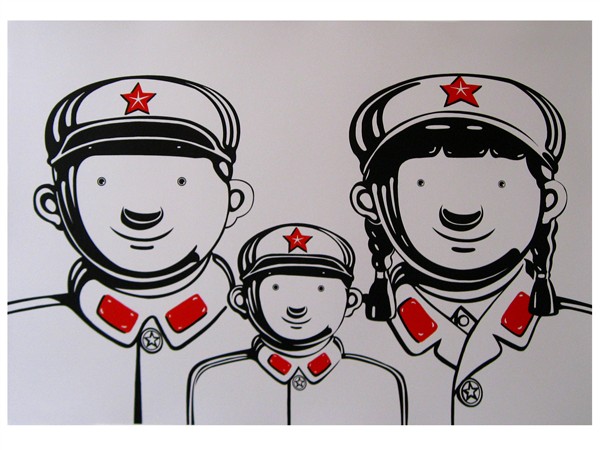 Shen Jingdong (born 1965 in Jiangsu) ostensibly follows the doctrine of socialist realism with his portraits of soldiers. And yet it is clear at first glance that his depictions have no glorification or transfiguration in mind. The figures, characterized as bakers or musicians, who view the viewer with a mixture of complete expressionlessness and unsuspecting optimism, cause a slight goosebumps precisely by their trivialization. With their knob noses, button eyes and either smiling or serious stick, they are deprived of any individual features and are reminiscent of Playmobil males.

Shen Jingdong’s affinity for oversubscription may stem from his time in the military, during which he staged acts and musical performances that were loyal to the regime as a member of the acting troupe. Even his toy-men, which he created, seem to be the image of a paradisiacalally satisfied social shift. A people that looks as if they come directly from the assembly line – with these surprising and humorous portraits, the artist succeeds in an intense reflection of change in Chinese society.